A delegation from the Ministry of Higher Education MOHE: Headed by Assist. Prof. Dr. Mohammed Hussein Ahmed Director General- Head of Apparatus of Supervision and Quality Assurance in MOHE accompanied by Dr. Hawkar Rashid Arab Director of Quality Assurance and Accreditation on Wednesday 27th October 2020 visited Komar University of Science and Technology. The delegation warmly received by Prof. Dr. Salahaddin Saeed, the president of KUST, and Prof. Dr. Kawis Aziz, Vice President for Academic Affairs.
At the beginning of the visit, the President of KUST in an introductory welcoming speech highlighted the history, mission, and the vital role of the University of Komar since its founding in spreading scientific culture, and emphasized the cooperation and further collaboration between the KUST and MOHE. Dr. Salahaddin appreciated the efforts and role of the MOHE as a source for the development of other scientific foundations in the Kurdistan Region.
A tour was organized for the delegation to visit the university’s facilities and buildings, especially the two new buildings of Dentistry and Pharmacy, the lab buildings, and the stadium.
At the end of the visit, a presentation session was conducted in Auditorium for the delegation. The session included issues related to QA in KUST, Admission, and Registration, E-Learning, Pharmacy Institute proposal, and Dentistry Institute Proposal.
From his side, the head of the MOHE delegation expressed his appreciation for the warm receiving and thanked the Komar University, and appreciated the efforts of the Komar University of upgrading the educational level in Kurdistan. 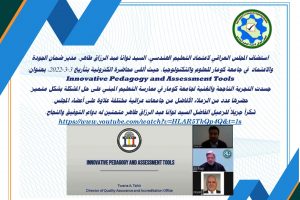 A webinar on Innovative Pedagogy for ICAEE 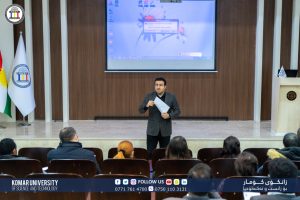 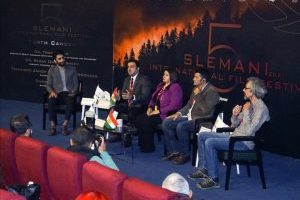 The Earth Cancer: in the Fifth International Film Festival in Sulaimani